Hagrid poured them tea and offered them a plate of Bath buns but they knew better than to accept; they had had too much experience with Hagrid’s cooking. (Harry Potter and the prisoner of Azkaban, ch.14)

Hagrid, the half giant gamekeeper of Hogwarts, does not enjoy a reputation of a good cook but his treacle fudge is going to be very handy for Harry Potter in this same novel.

But what about those buns? They are named after the town of Bath in the southwest of England and it is one of the places beloved by Jane Austen that placed many central episodes of her novels there (think about Persuasion or Northanger Abbey).

There is a large debate on the origins of those buns, they are either attributed to Sally Lunn a French Huguenot refugees during the period that bring the recipe with her, or to the physician William Oliver. I had a look to my personal bible, when we are speaking about English food, that is Lady Carlotte Campbell Bury, The Lady’s Own Cookery Book, were there are two different versions for the buns, one, it doesn’t resemble to a bun at all, rather a biscuit. The second one is the one that I present here, a bit adapted to modern taste.

Warm the milk with the butter, until the butter is completely melted.

Combine the flour, sugar and salt in a bowl. Add the milk and butter, then bring together into a dough. Knead until is elastic.

Put the dough in a warm place for 2 hours or until doubled in size.

Turn the dough out on to a floured surface add the sultana or the cranberries and work them in.

Take small pieces of the dough a prepare the round buns.

Allow the buns to rise in a warm place until doubled in size.

Make a syrup by mixing the sugar and the water in a pot and bring it to boil. Brush the syrup over the buns as soon as they came out of the oven. Sprinkle sugar pearls on the top.

Serve with jam and whipped cream.

Finally, I don’t know if I am a good cook but, Hagrid, sorry, I am better than you! 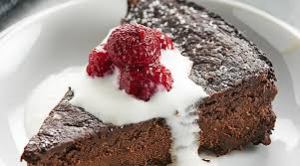